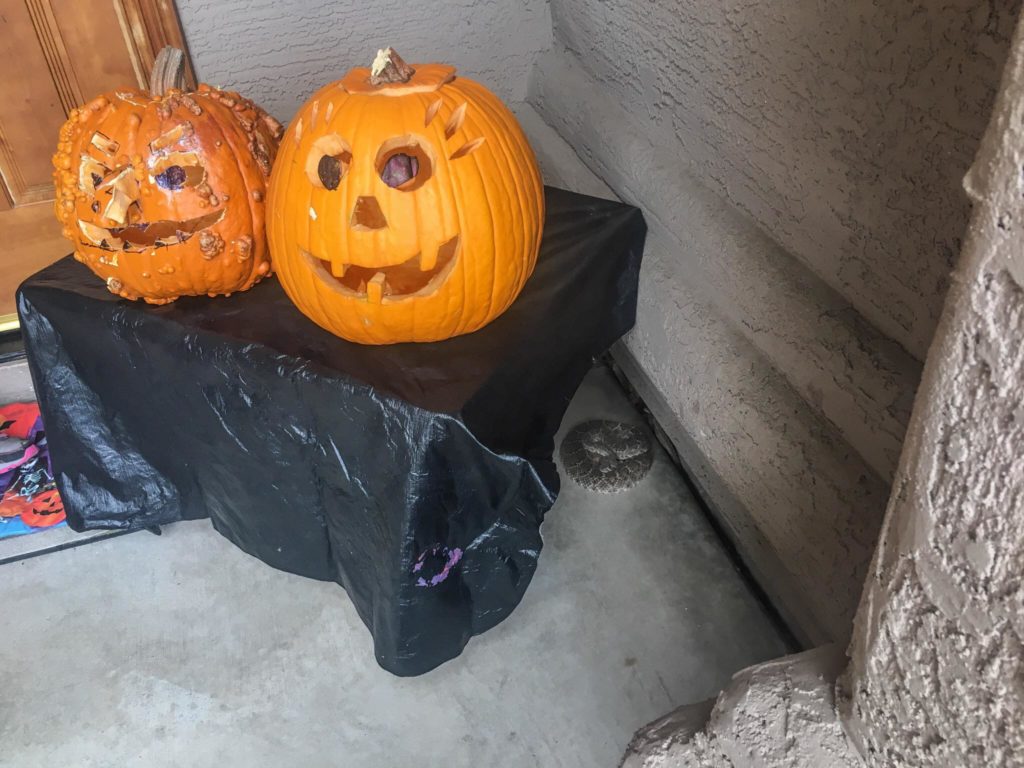 Throughout most of the desert areas of Arizona, rattlesnakes are quite busy in late October. They’re finishing up activity for the year–getting a last meal, some are mating, and all of them are on the move to wherever it is they are looking to spend the winter. They tend to move right at dark and just after, and are “camping” in spots that aren’t necessarily long-term or ideal for rattlesnakes. Contrary to popular belief, in Arizona, rattlesnakes are still quite active well into November. Halloween is no exception. 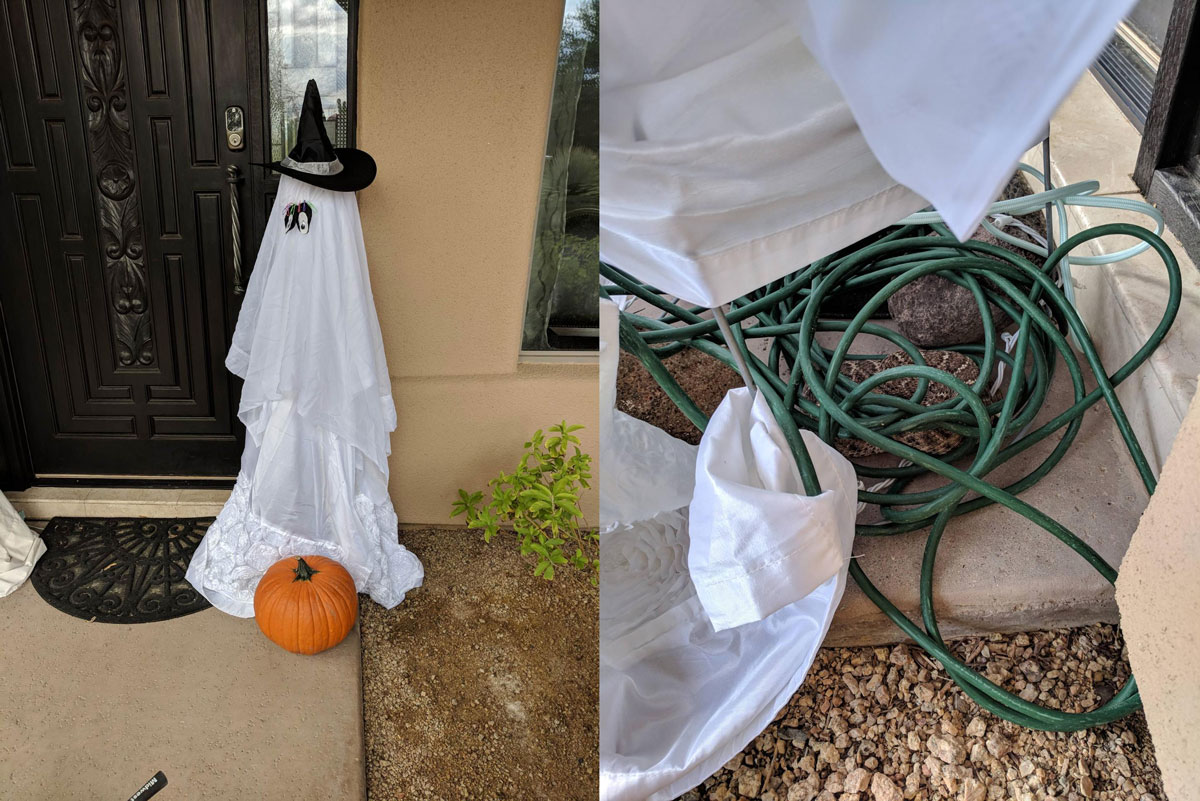 This just happens to coincide with an evening when every child in the country is also walking around in the dark, often without full visibility. That means that there is some potential for encounters with rattlesnakes. That doesn’t mean trick-or-treaters should stay home or be overly concerned, of course, just take some precautions and stay aware, just like anything else you do in our urban rattlesnake habitat. That goes not only for the kids, but homeowners who have decorations set up.

Rattlesnake Solutions is offering FREE rattlesnake removal in the Phoenix-Metro area on Halloween night for any snake in a public area.

If you see a rattlesnake on Halloween night: