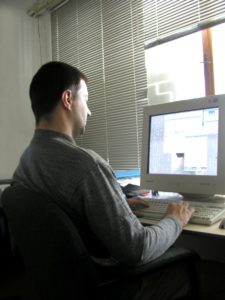 A local badass named Mike Davis saw a post of a rattlesnake on his Facebook feed Tuesday morning, and sprung into action.

“Looks like a hatband and a pare(sic) of boots”, commented Davis on the photograph post of a wild Blacktailed Rattlesnake.

The rattlesnake was photographed by a local hiker and posted to a popular Facebook group. Dozens of likes and comments poured in within minutes, highlighting the beautiful coloration of the snake and how gracefully it blends in with its environment. Davis, who’s only hat is a baseball hat found in the Salt River during a tubing session and does not benefit from a hatband, noticed something disturbing.

“All these comments are all about how pretty the snake is and not about the real deal, Mike Davis”, he noted in a telephone interview. “I have seen 2 rattlesnakes in my 25 years in Arizona so I know my stuff. Women in Phoenix need to know that I’m a wild outdoors real man that’s not afraid to needlessly slaughter wild animals for absolutely no reason. They eat that sh*t up.”

Though admitting that he’s never made boots, or even owns any, Davis is confident that his appeal to the hatband community will cause his personal brand to skyrocket in the minds of his community.

“I’m sure I’m the only person to have ever said ‘hatband’ on a rattlesnake picture before. That’s the kind of wit you can’t buy in fancy stores in California.” he said of his ingenuity.

Davis, who ran screaming from the last rattlesnake he saw as it slept under a tree nearly 20 feet away, continued “These snowflakes who said to buy a hatband at Walmart just don’t know how to impress my dad, I mean women.”

When asked if he would do it again, Davis advised not to overdo it, and mix it up. Top suggestions for next time include comments relating to “good eatin” and various shotgun references.