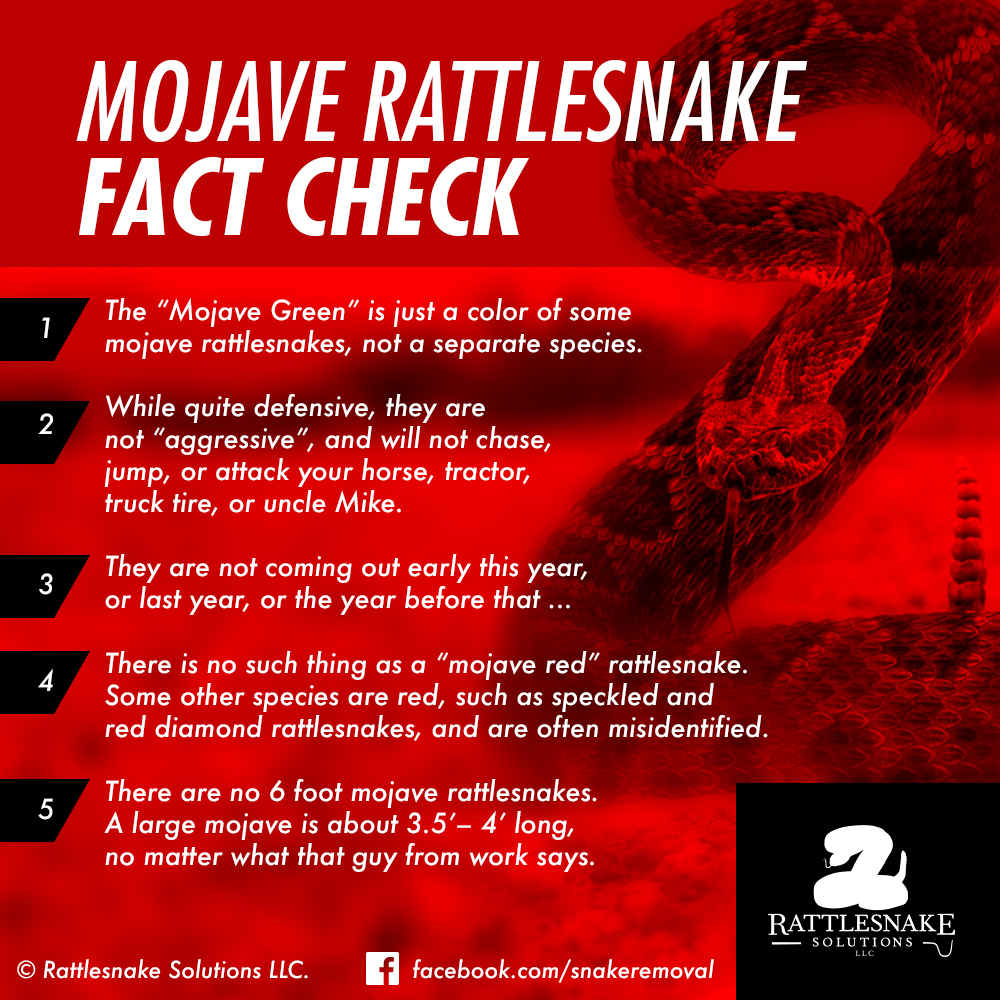 Bird netting is a popular way that people keep birds out of a garden. It’s also the cause of death for a variety of wild animals, and the source of the most dangerous situation we find ourselves in.

Dozens of times each year, the team at Rattlesnake Solutions finds this situation, where saving the snake means putting ourselves at great risk.

This Western Diamondback Rattlesnake was found by a homeowner in the East Valley sitting in one spot, and reportedly not moving for a few days. Brandon went out to check it out, and here’s what he found: a snake tangled in bird netting, still alive, but doomed without intervention.

Brandon brought it to our facility in North Phoenix, net and all, for the careful and dangerous work of getting it cut out of the net. While being cut out of the rest of the fence, the snake got further tangled. The nylon netting was cutting into the body skin, and all around the head, mouth, and neck.

The snake was obviously stressed, striking at any opportunity, which is more than understandable. Normally, these jobs are difficult, but are a standard process: remove the netting in layers while controlling the head by either pinning it down, or even better, using a tube. The tube is the clear plastic device seen below, which can be used to safely manipulate rattlesnakes without needing to actually touch the pointy end.

This one, however, was not so easy. The netting was all around the head, even in its mouth at this point, to the tube was not much more than a shield. Lot’s of careful scissor snips and position changes later, most of the body was free. Removing the final strands from the mouth itself, however is the most difficult and dangerous part. Using the tube, hook, and another long tool not pictured here, the final strands were cut away until the snake was able to free itself.

Free! The snake has no outward damage and is not bleeding, so left with Brandon to go back and be released to another part of it’s probable home range in the East Valley. Hopefully this is the last bird netting this little guy will ever see. I can’t imagine that will be the same for us this season.

It’s not just snakes and us that hate this stuff, too. Over the years we have seen many dead animals tangled in them, each slowly starving or dying of exposure in the desert sun. Birds, big and small, rabbits, and more lizards than I can count. The dead animals caught in the nets may also attract other animals that are looking for an easy meal, who are then also caught in the net and die an agonizing death. If you use bird netting or know someone who does, please be aware of the often unseen danger that these pose to the wildlife, and evaluate if this is the best and ethical way to keep birds out of the garden.

Another Mojave Rattlesnake caught up in bird netting:

As temperatures break records and stay in the upper 90’s for days at a time, rattlesnake sightings are increasing. However, does it mean that there are more of them out than there usually are at this time of year, and does that mean there are more snakes? These are questions we are often asked as we handle the yearly increase in snake activity around valley homes.

The answer? Not really.

Although rattlesnakes are indeed cold blooded and require warm temperatures to be active, there is such thing as too much of a good thing. An Arizona rattlesnake will actually die if it’s body temperature gets above 105F for too long. A sunny 95F day will have exposed ground and rock at much higher temperatures very early in the day. This means that hot, sunny weather is actually bad, if not lethal, to rattlesnakes caught out in the open. The idea that the hotter the weather, the more rattlesnakes are out, is incorrect.

Hot weather can lead to warmer average nighttime temperatures, which can signal rattlesnakes that it’s time to leave their Winter hiding spots and go out into the world. When temperatures vary wildly between extreme heat in the daytime and cold, dry conditions at night, this can also limit snake activity.

The average Spring temperatures are about right for rattlesnakes to make the most of it, with daytime temperatures limited to the low to mid 80’s and night time lows in the 60’s.

So why are there so many rattlesnake sightings right now?

A rattlesnake encounter requires two participants: the snake of course, and a person to see it. Arizona’s exceptional Spring weather makes for good hiking, golfing, and it’s of course time to get to the yard work put off in cooler conditions. That means that, not only are rattlesnakes coming out for first meals and mates, but human activity is also on the increase. More people and more snakes all moving around together means that there will be more encounters, and nice weather can influence both of these.

So if a rattlesnake crawls in the desert and nobody is around to see it, does it really crawl? Yes, absolutely, but they don’t get poked with a stick or have pebbles tossed at it.

Will the hot weather mean more rattlesnakes this year? My uncle Randy says so.

No, it won’t. In fact, unseasonably hot weather is pretty tough for wildlife, and if the trend continues, we can expect to see a die-off of some Arizona rattlesnakes, especially those caught in the urban heat island. Higher average temperatures without additional rainfall can mean less prey availability for rattlesnakes, who rely on their food to supply a portion of the water they need to survive. Thankfully, the mini heat wave looks to be coming to an end, punctuated with some cool, wet weather.

Even if conditions were absolutely perfect for rattlesnakes, it would not mean more rattlesnakes this year. Rattlesnakes in the valley give birth to young in the late Summer and Fall, which means that a Springtime with amazing conditions for rattlesnake survival would mean that there are the same amount as there would be anyway. If conditions remain good throughout the year, it could lead to higher survival rates, which could lead to more babies born, and if they manage to survive, then consecutive years of good conditions would have more rattlesnakes. But tell uncle Randy to cool down the misinformation jets a bit – Arizona rattlesnakes aren’t like weeds, and do not spontaneously appear alongside green grass.

We’ve been quite busy relocating rattlesnakes from homes around the valley and seeing lots of snake sightings on social media, but really no more than is expected. The Rattlesnake Solutions snake removal line is a bit busier than last year, but that’s just because we’re another year older, a little more “out there” marketing-wise, and the city is a little bit bigger. All indications are that rattlesnake activity is pretty normal.

Here’s a look at our new box design for the rattlesnake aversion program! These are an improvement over the first box designs and allow for complete visibility of the snake, reducing the chance that a dog may respond to the box itself, rather than the critter inside. These are a custom design by our trainer,  Jill Rials. 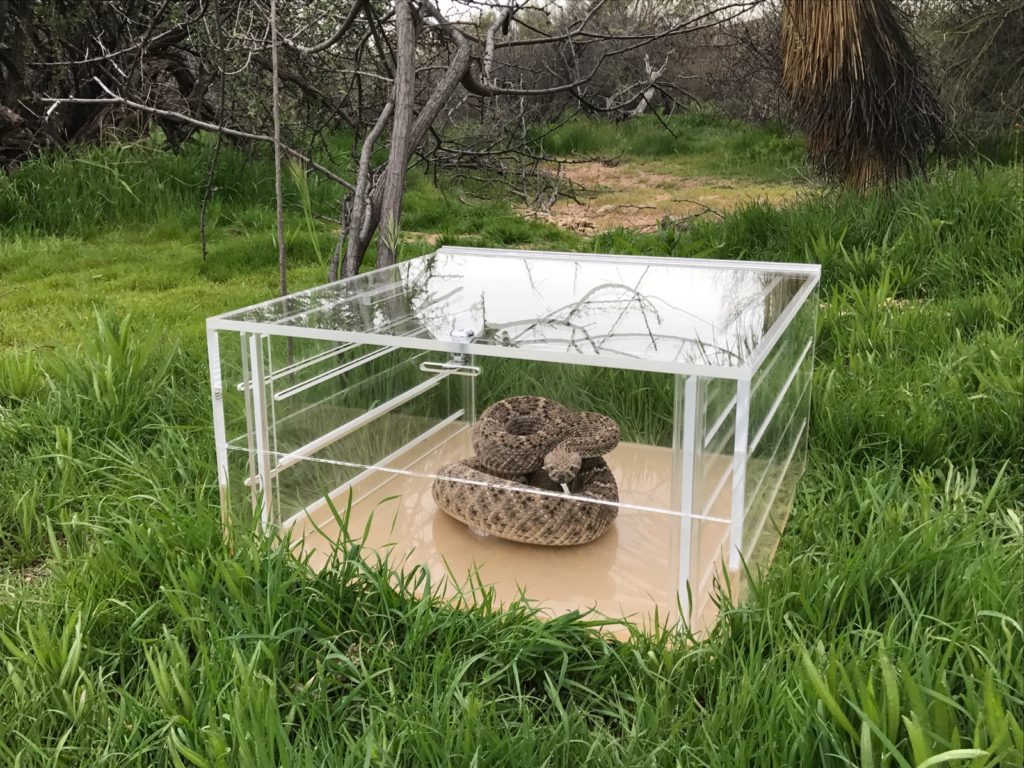 We believe that the more realistic the scenario that we can present, the better chance that the training will work where it counts. Most rattlesnake bites to dogs occur in the yard, while he or she is outside going to the bathroom first thing in the morning, or in the evening, when the home owner is not necessarily present. While snake bites do occur on trails and while hiking, simply having a leash can help dramatically. This is why our program is done at your own home, and snakes are placed in spots where your dog could actually come into contact with a rattlesnake. 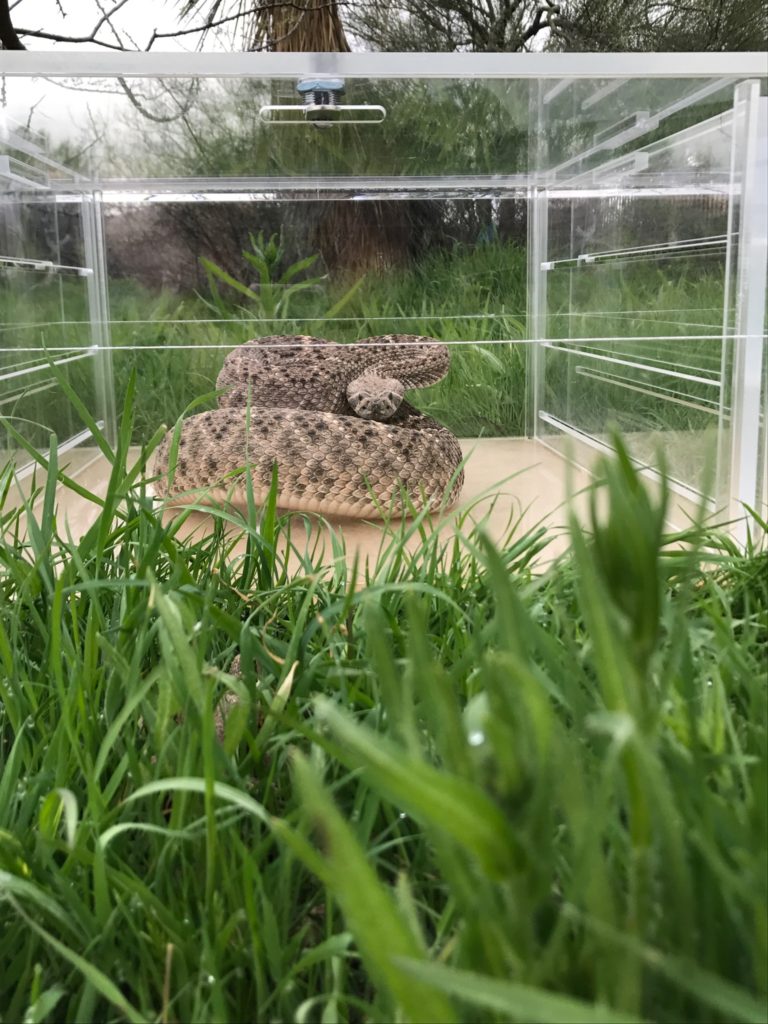