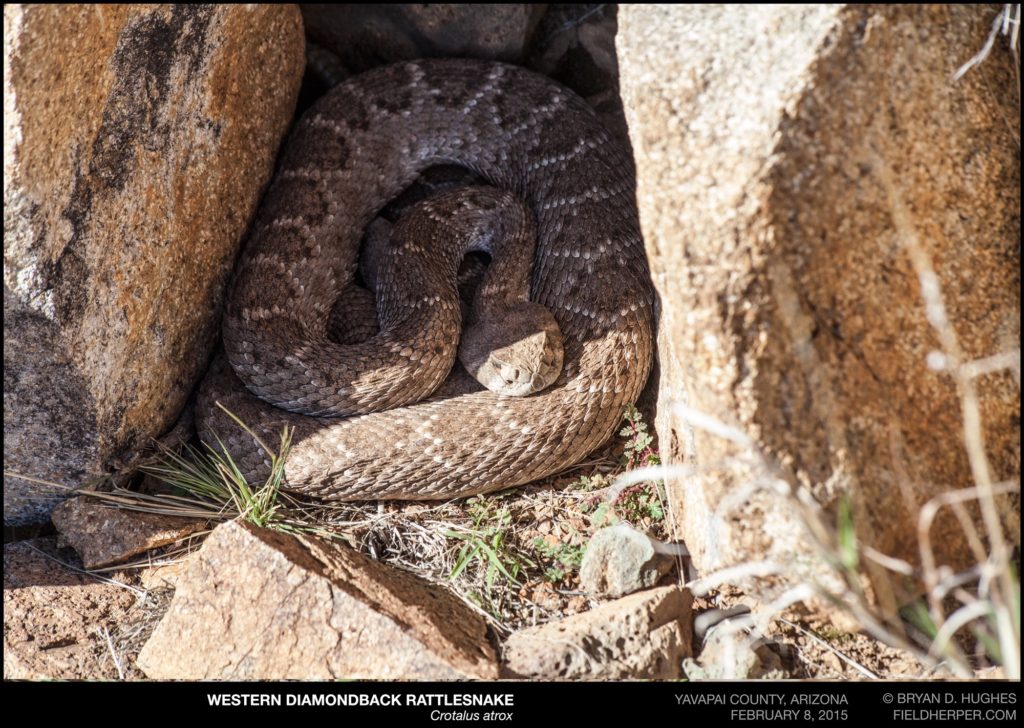 It’s all over Facebook conversations and local news: Rattlesnakes! They’re out early due to warm weather! Hide your wife hide your kids!

Really though, it’s just not true. Rattlesnakes are coming out right on time, the same as they did last year and the year before. In fact, they’re coming out at the same time as they have on each of the years this story is reported. That is, every single year. That’s right, the story of rattlesnakes coming out early was also run on local news stations in 2016, 2015, 2014 … every year since I’ve been paying attention to it, starting in 2010. How is this possible? Obviously, it’s not.

But, my friend saw a rattlesnake on the trail. Isn’t that odd for February?

No, it’s not. Though rattlesnake sightings are certainly more common once they’ve dispersed to hunt and find mates, the fact is that rattlesnakes can be seen on the surface any day of the year in Arizona. If someone in your favorite Facebook group has seen a rattlesnake on the trail, it may be an indication of many things, but it does not mean that rattlesnakes are coming out early.

Rattlesnakes do not truly hibernate. They instead enter a period of brumation, which means that on days with nice weather, they may come out from their Winter den and spend time nearby on the surface. What “nice” weather is can change; it doesn’t always mean warm and sunny, as many would expect. In fact, a day in the low 60’s with cloud cover and light rain after a period of several weeks without is prime condition to observe Western Diamondback Rattlesnakes sitting out in the open near their dens.

This may mean that warm weather (>70F) for a few days in a row could give rattlesnakes more reason to show up on the surface than if it were colder. What it also means, however, is that there are more simply more people out there, and more people means more chances to have a rattlesnake encounter. Especially in popular hiking places like Peralta Trail in the Superstition Mountains or Piestewa Peak in Phoenix, a sunny Saturday in February is sure to draw many times as many hikers as a windy, cool and overcast day. This can amplify the chance for rattlesnake encounters, especially up hillsides or less populated trails where snakes are likely spending the Winter nearby.

This is all absolutely normal. This February, so far, I have seen more than 20 individual diamondbacks sitting out soaking up the sun (and sometimes rain). How does this compare to last year, when rattlesnakes also came out early, according to the local news? About the same. In fact, least year our first rattlesnake sighting was on January 3rd – a beautiful Blacktailed Rattlesnake seen at the entrance of a crack North of Phoenix. How much earlier in the year can it get?

The news said they’re coming out early, though … the news is always right, right?

Snakes found in the garage or the yard don’t count.

An increase in the amount of snake removal calls does not necessarily indicate an increase in rattlesnake activity. Many of the snake removal cases that we get this time of year are snakes found in the garage, under deep cover in the yard, or other similar situations where the snake has found deep Winter cover.

One surprising area where we consistently remove rattlesnakes is under the concrete pads laid under pool filter equipment. They’ve been there all Winter, and also come to the surface on sunny days. So, why are we (and other snake removal groups) getting called out more often?

The answer is simple: it’s because the home owners are also more active. We’re spending more time in the yard, doing Spring cleaning … finally removing those bushes that went wild over the cooler months, getting to the junk alongside the house before it gets hot, and other busywork that’s common after the Holidays have worn off. Rattlesnakes are just starting to spend more time on the surface, and the increase of both their activity and our own makes for many more situations where running into an unexpected rattlesnake is possible.

As more and more people use social media to report on every moment of their lives, rattlesnake sightings increase as well. As much as a selfie on top of the mountain is exciting, nothing beats a rattlesnake sighting for the almighty “Like”. While this experience in the expected time, like April, would just fall into the mix, a rattlesnake sighting in February gets an entirely different reaction. Some speculate global warming is causing them to come out earlier, others claim it’s that the first 75º day of the year triggers them to wanter in search of food, and other things that are completely made up.

So the snakes are out … so what?

Along with each of these reports of early rattlesnakes come a bewildering second series of comments – things similar to “OMG only 2 weeks left before I can’t hike anymore!” If you are spending time outdoors in the native desert areas of Arizona, you are hiking and biking past rattlesnakes constantly. A more useful way to think would be to learn about the realities of rattlesnakes; you’re not in danger if you are aware and resist silly behavior like hitting them with sticks, picking them up, or shooting them.

The next time someone says something about rattlesnakes coming out early, send them this article. Here are some of the rattlesnakes I’ve seen in January and February in previous years; they’re out again, right on schedule: 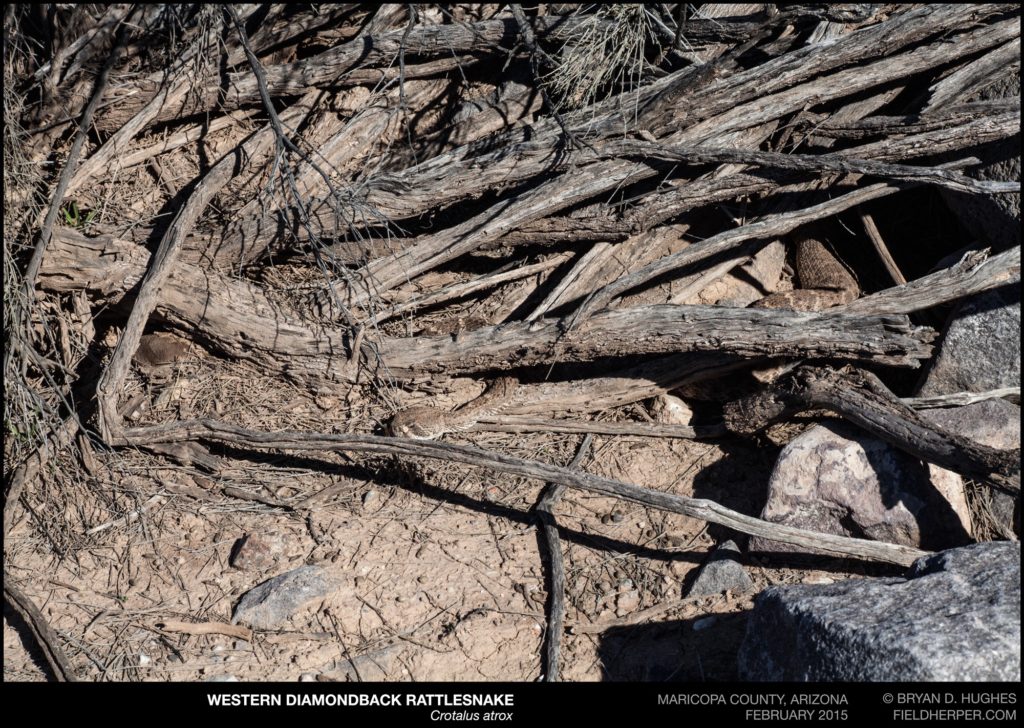 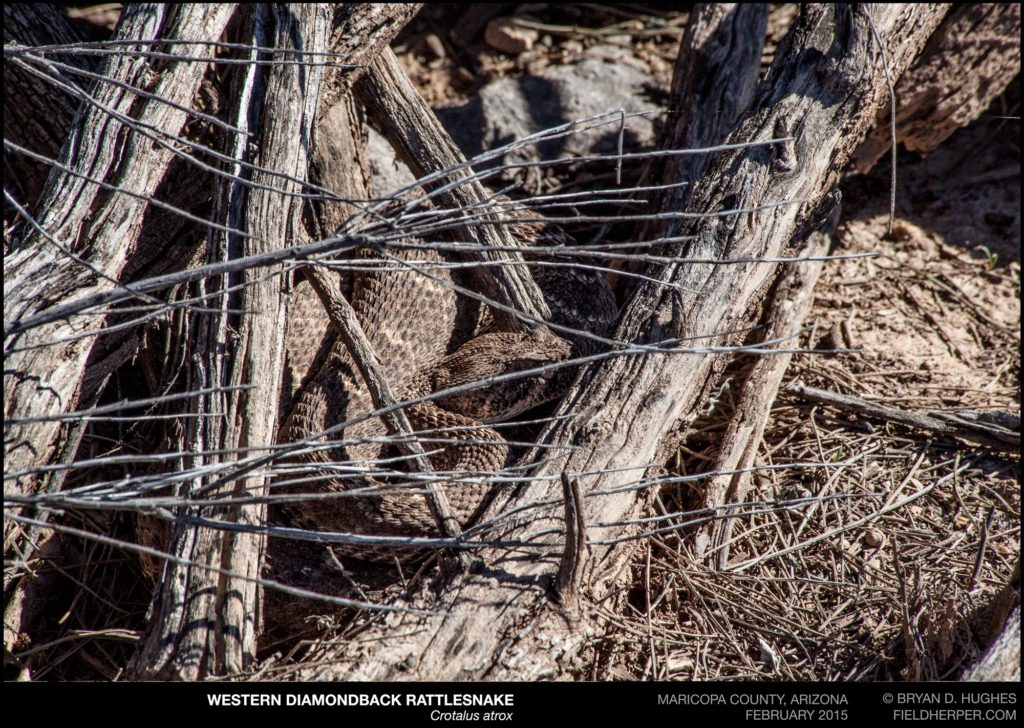 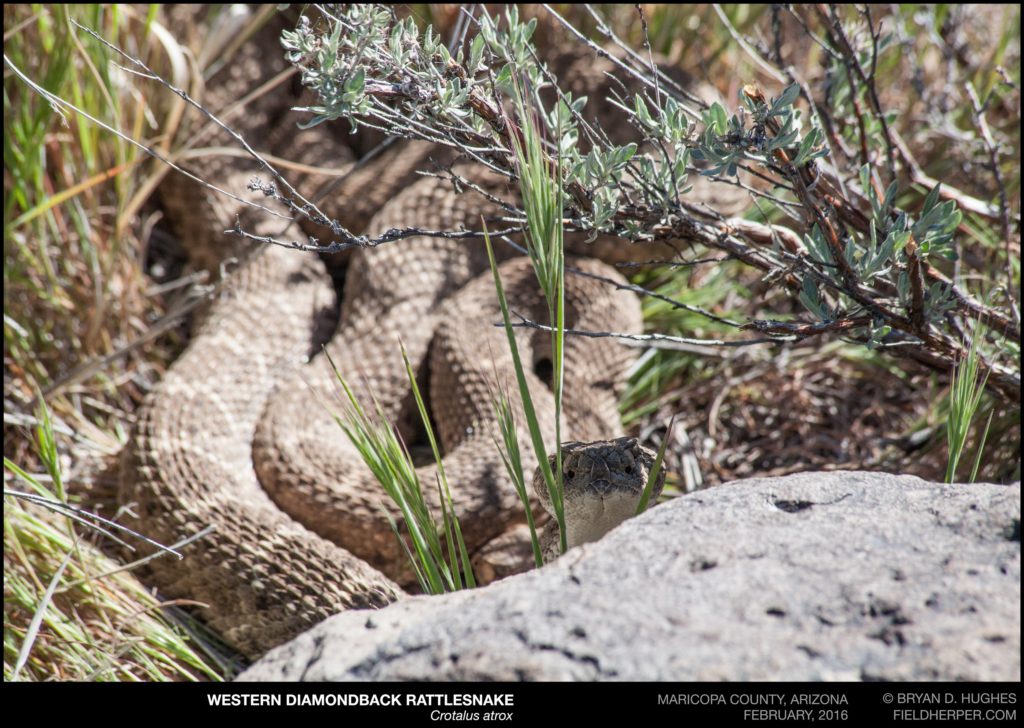 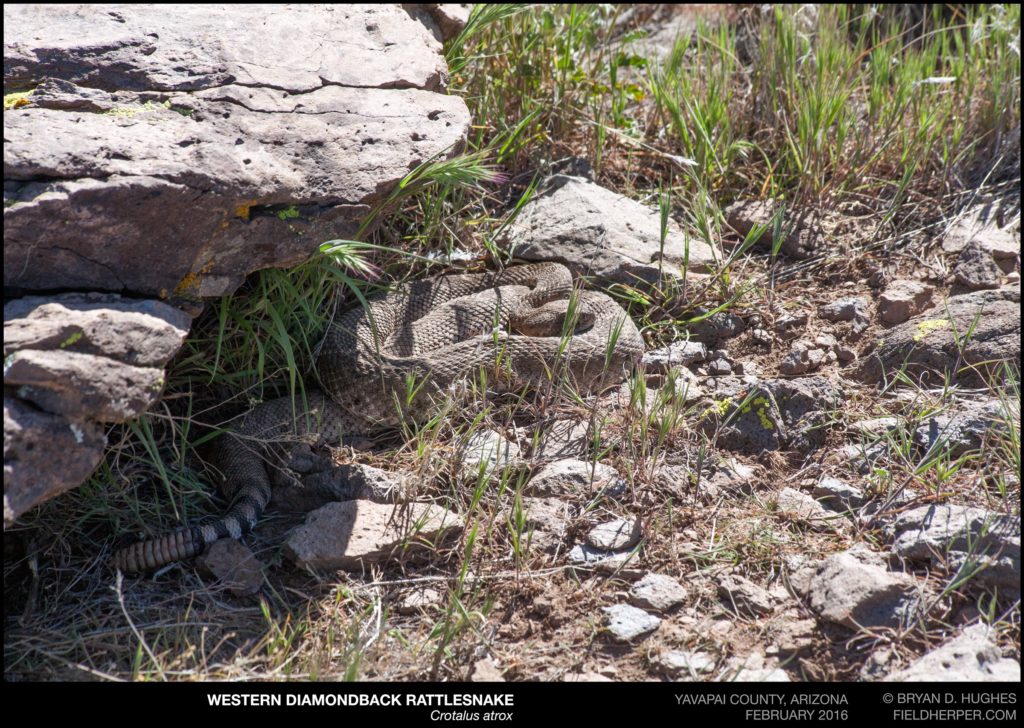 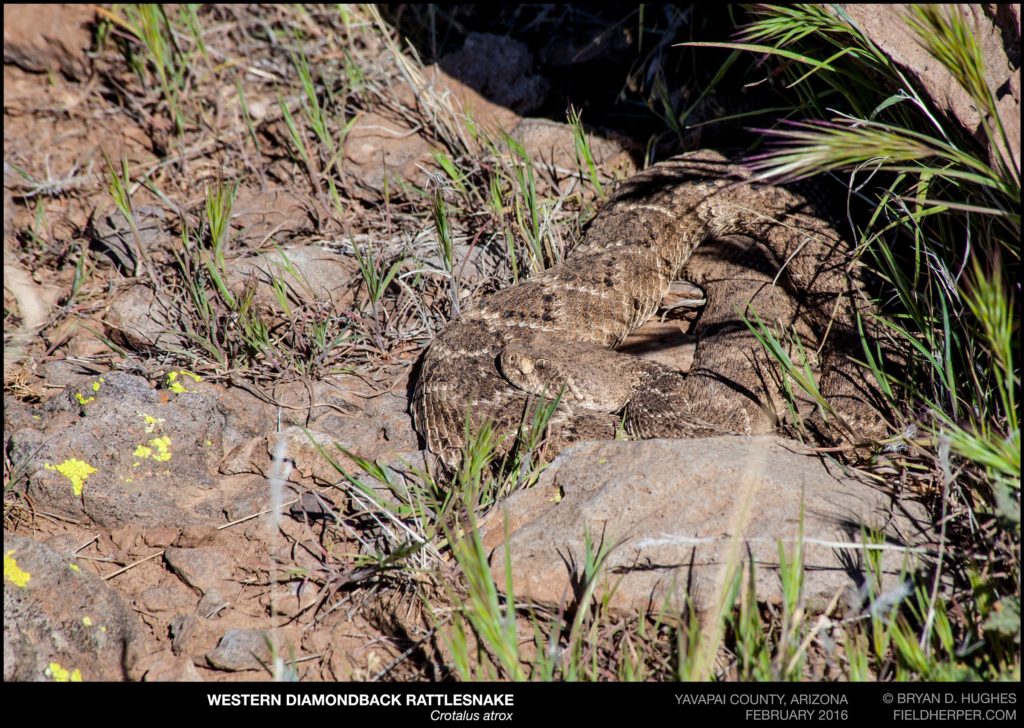 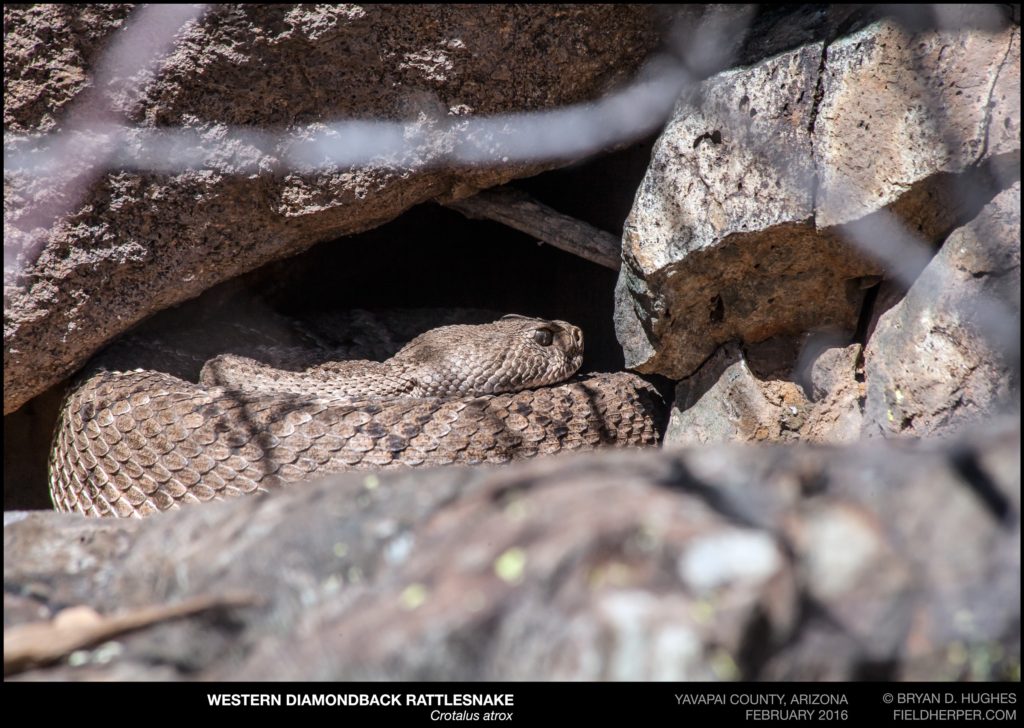 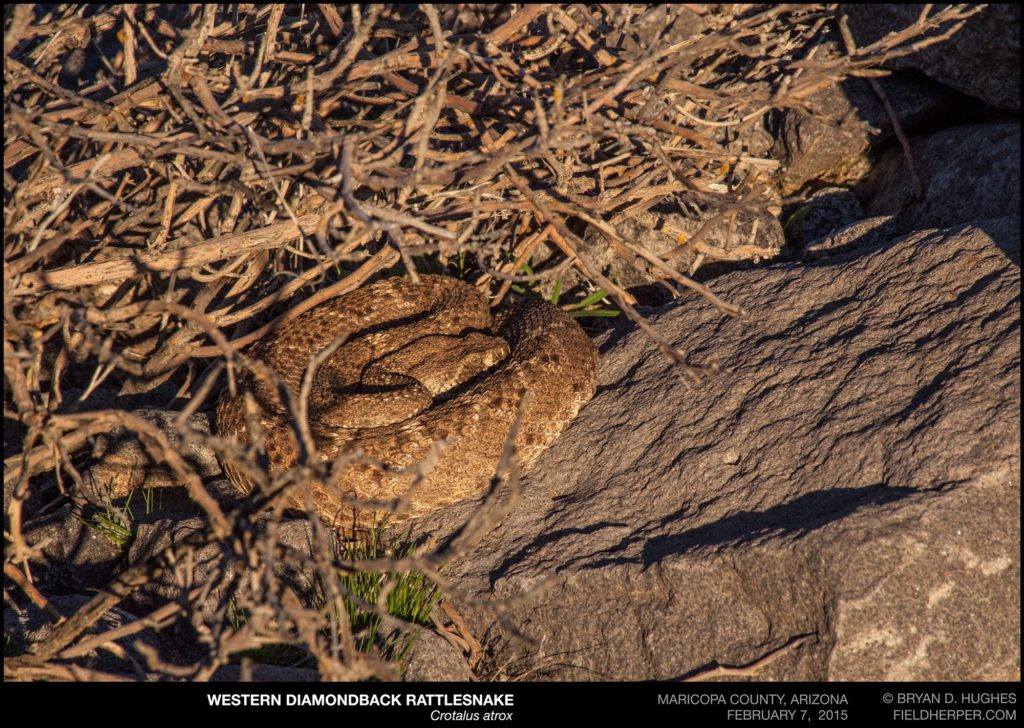 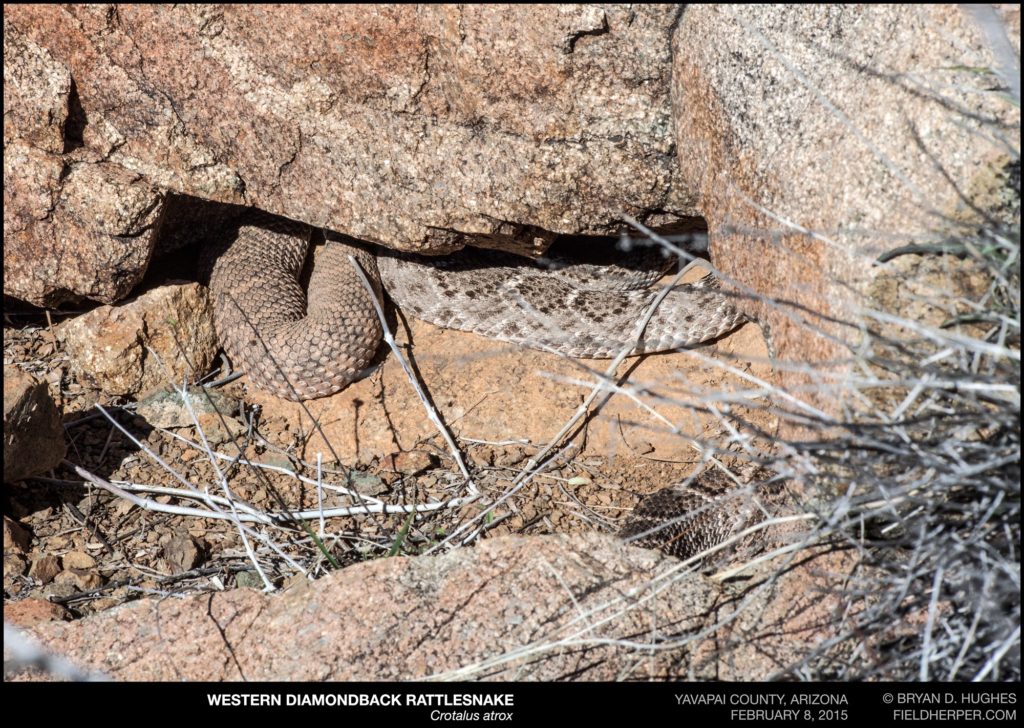 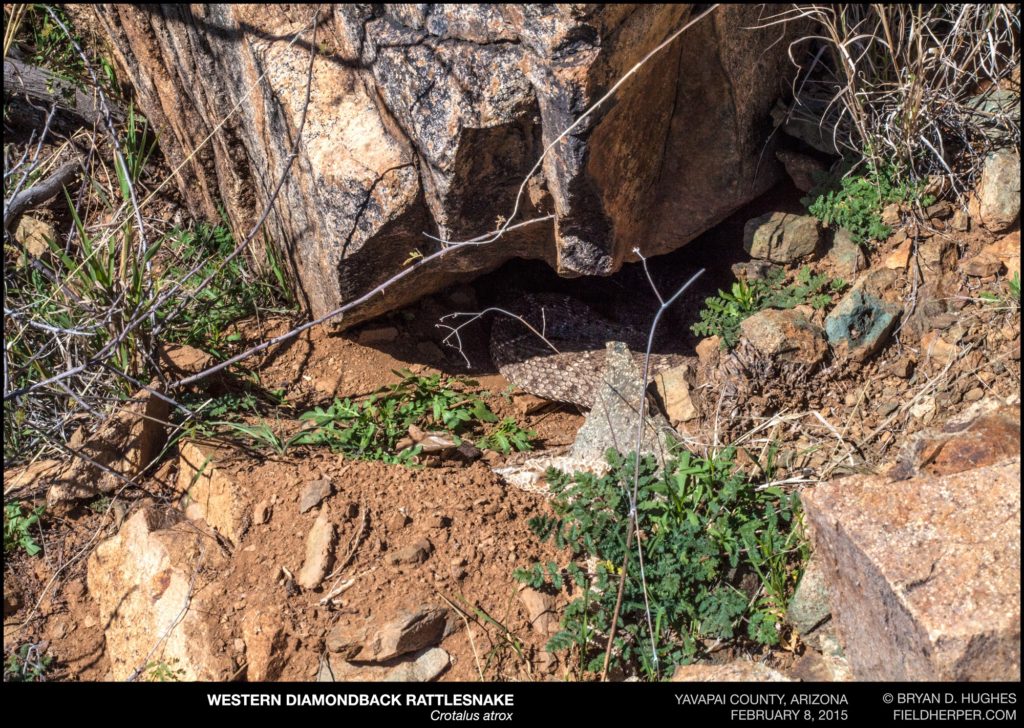 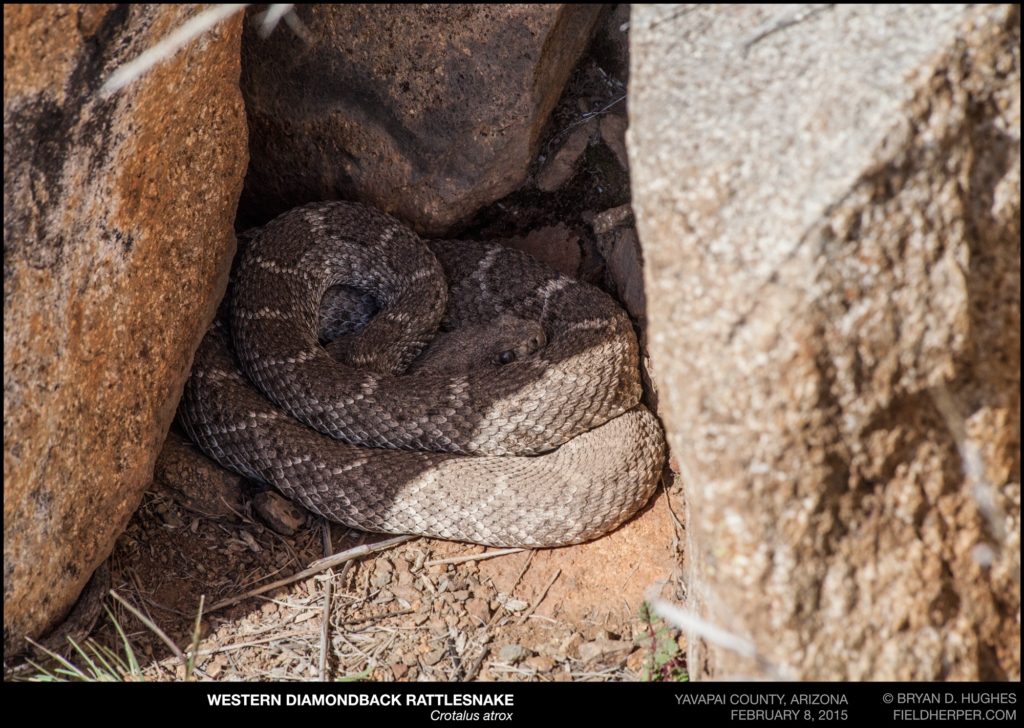 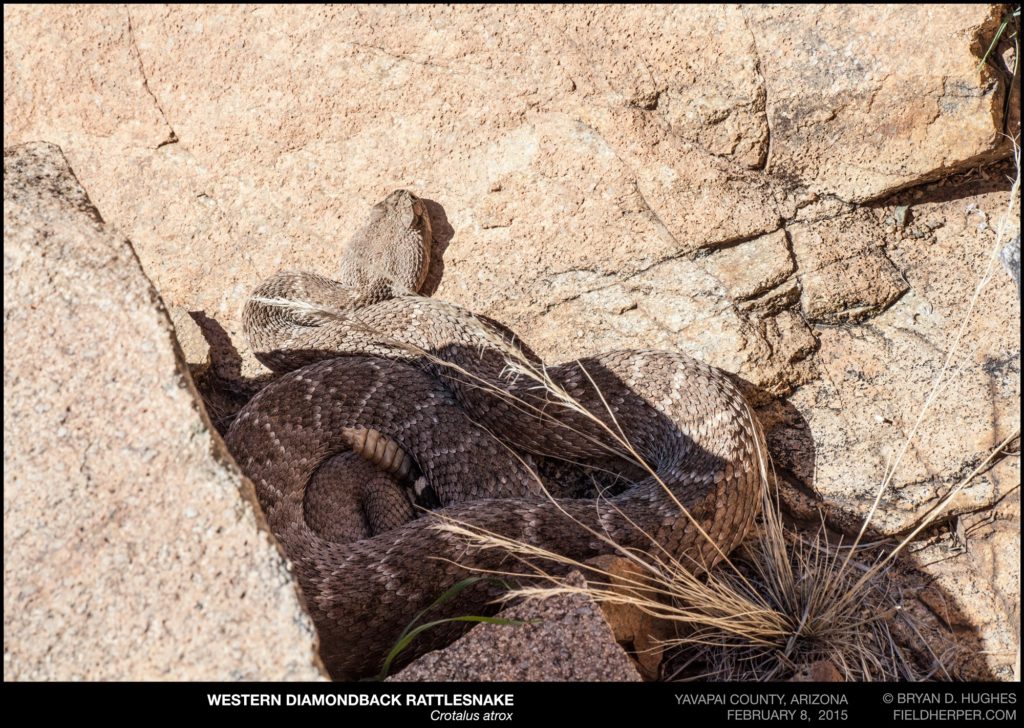 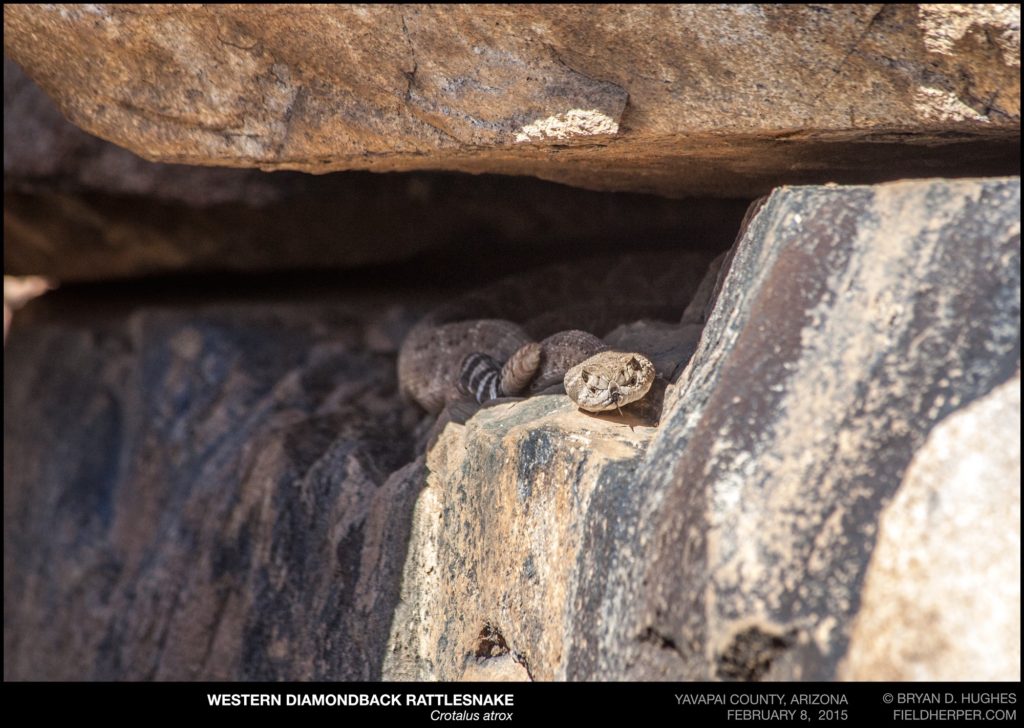 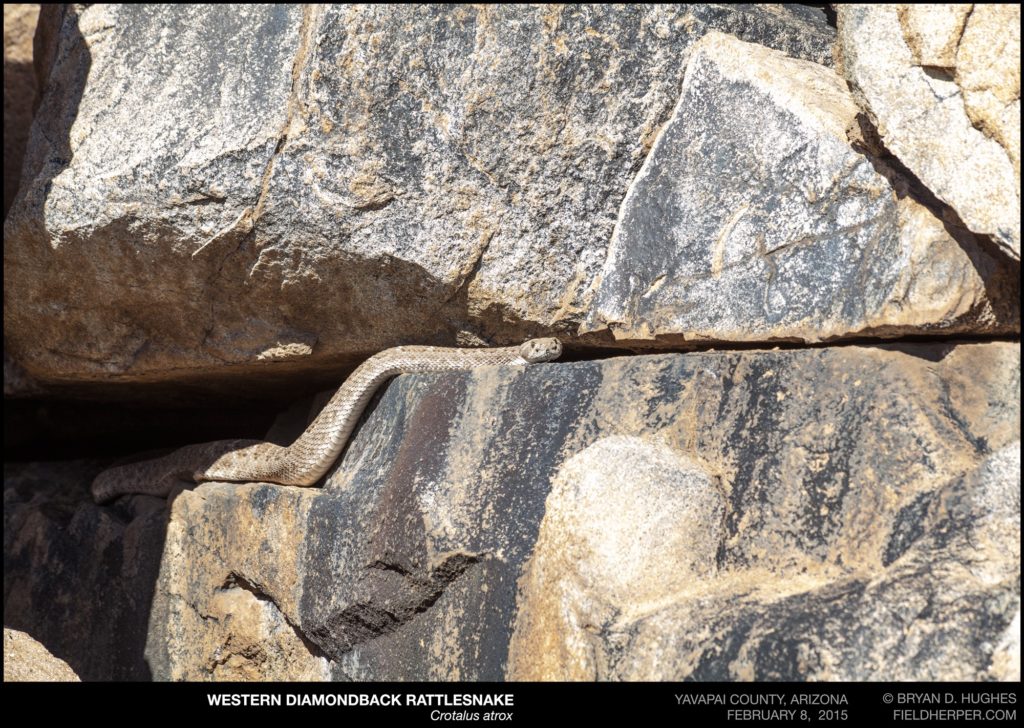 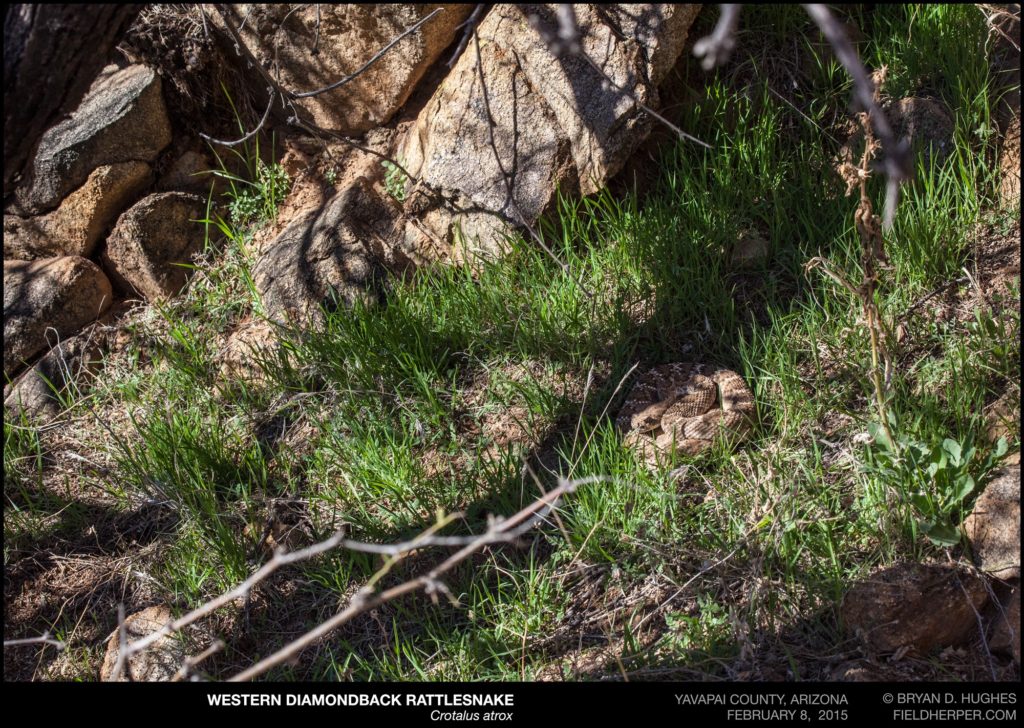 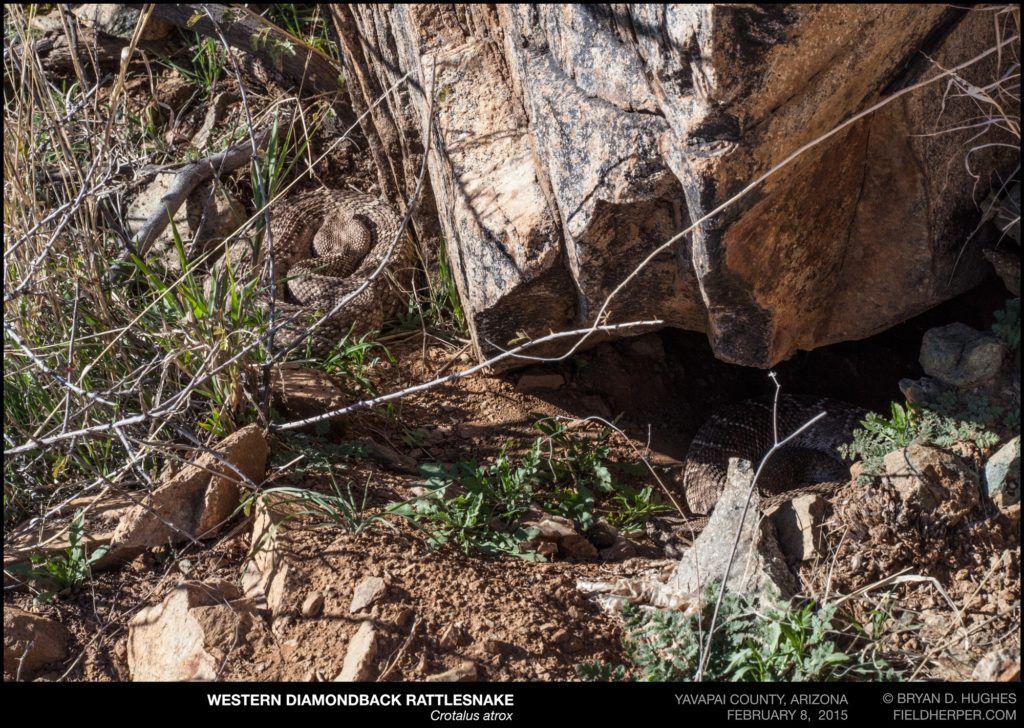 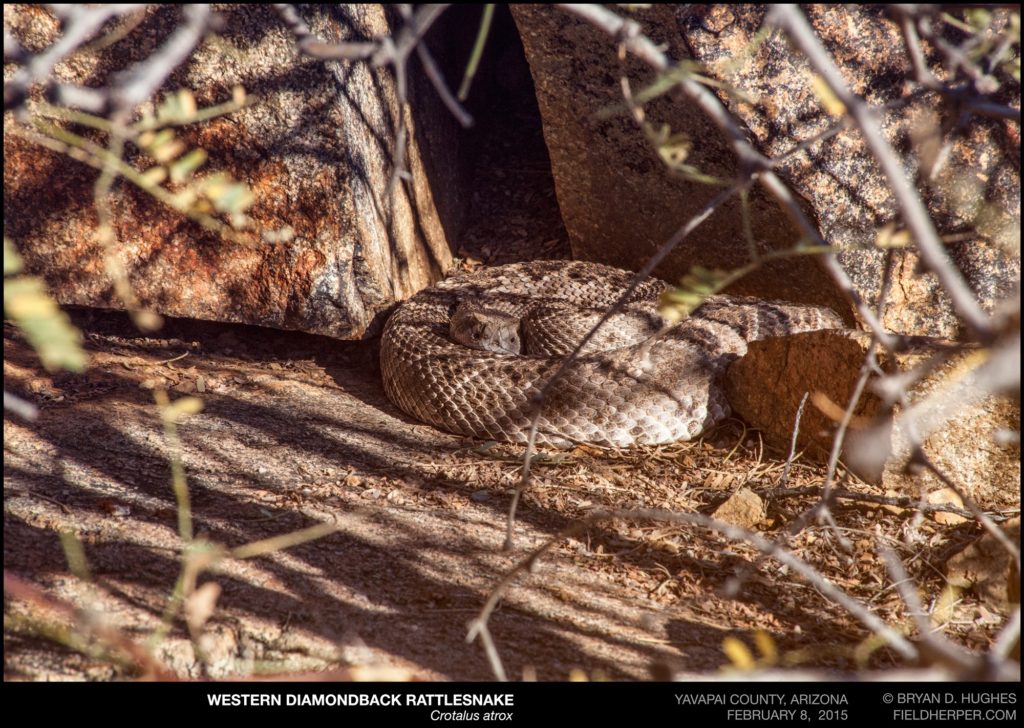 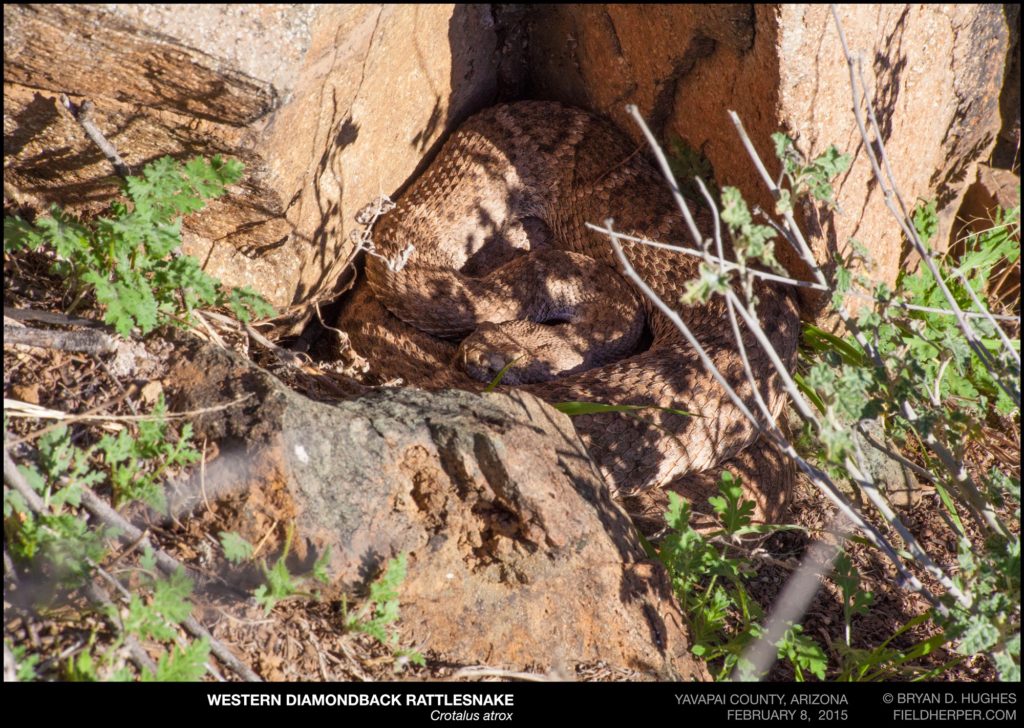