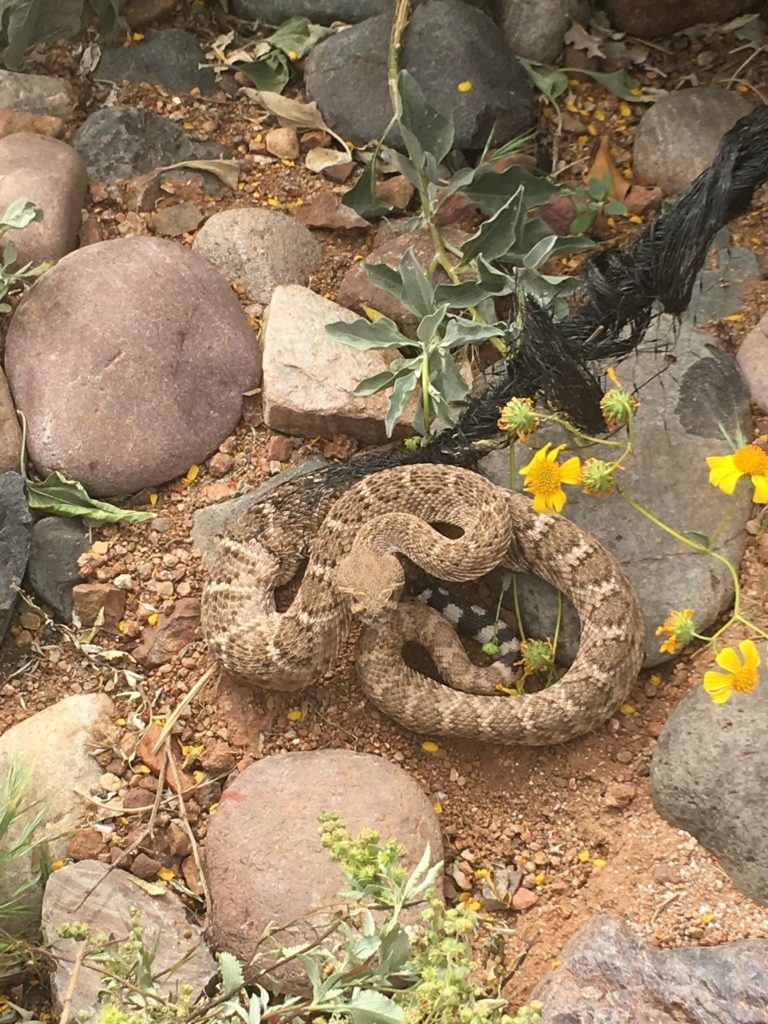 This is something we have to do many times each year, and it’s never fun for anyone. This Western Diamondback Rattlesnake was found by a home owner in the East Valley sitting in one spot, and reportedly not moving for a few days. Brandon went out to check it out, and here’s what he found: a snake tangled in bird netting, still alive, but doomed without intervention.

Brandon brought it to our facility in North Phoenix, net and all, for the careful and dangerous work of getting it cut out of the net. While being cut out of the rest of the fence, the snake got further tangled. The nylon netting was cutting into the body skin, and all around the head, mouth, and neck.

The snake was obviously stressed, striking at any opportunity, which is more than understandable. Normally, these jobs are difficult, but are a standard process: remove the netting in layers while controlling the head by either pinning it down, or even better, using a tube. The tube is the clear plastic device seen below, which can be used to safely manipulate rattlesnakes without needing to actually touch the pointy end.

This one, however, was not so easy. The netting was all around the head, even in its mouth at this point, to the tube was not much more than a shield. Lot’s of careful scissor snips and position changes later, most of the body was free. Removing the final strands from the mouth itself, however is the most difficult and dangerous part. Using the tube, hook, and another long tool not pictured here, the final strands were cut away until the snake was able to free itself. 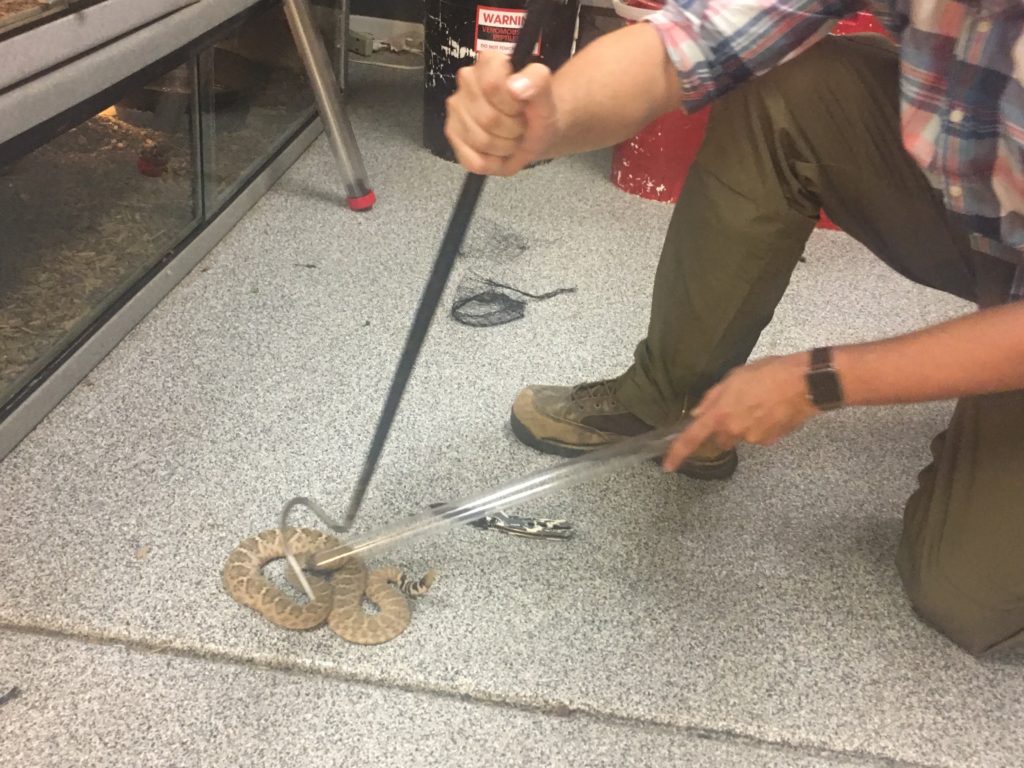 Free! The snake has no outward damage and is not bleeding, so left with Brandon to go back and be released to another part of it’s probable home range in the East Valley. Hopefully this is the last bird netting this little guy will ever see. I can’t imagine that will be the same for us this season.

It’s not just snakes and us that hate this stuff, too. Over the years we have seen many dead animals tangled in them, each slowly starving or dying of exposure in the desert sun. Birds, big and small, rabbits, and more lizards than I can count. The dead animals caught in the nets may also attract other animals that are looking for an easy meal, who are then also caught in the net and die an agonizing death. If you use bird netting or know someone who does, please be aware of the often unseen danger that these pose to the wildlife, and evaluate if this is the best and ethical way to keep birds out of the garden.