The latest misinformation festival to rise from Facebook’s boiling froth of low critical thinking skills and starving egos is this series of photographs:

These show a bright, neon green rattlesnake, reported to be from Colorado. The bright green coloration has caused these photos to spread all over Facebook as a sighting of the much dreaded Mojave Green rattlesnake, which has mysterious super powers of chasing after people and attacking for no reason (not really).

It’s not a Mojave Rattlesnake.

This photograph is not a Mojave, which does not live in Colorado. It is a Prairie Rattlesnake. As covered elsewhere, Mojave Rattlesnakes may be green, but are also tan, brown, and everything in between. Green coloration is not an indication of Mojave anything … in fact, other species are often much more likely to be green, like the Blacktailed Rattlesnake (also often misidentified as a Mojave) and Prairie Rattlesnake, as in this case.

Is the color real? Sorry to disappoint, but you probably already know the answer. No, this photograph is doctored and enhanced. There are very green rattlesnakes out there, even Prairie Rattlesnakes that come close to this hue, though this particular neon glow is fake.

It’s fake everyone. We can go home now.

How do I know? I have unleashed the mysterious forces of “zooming in” on the photo. Here’s what I saw: 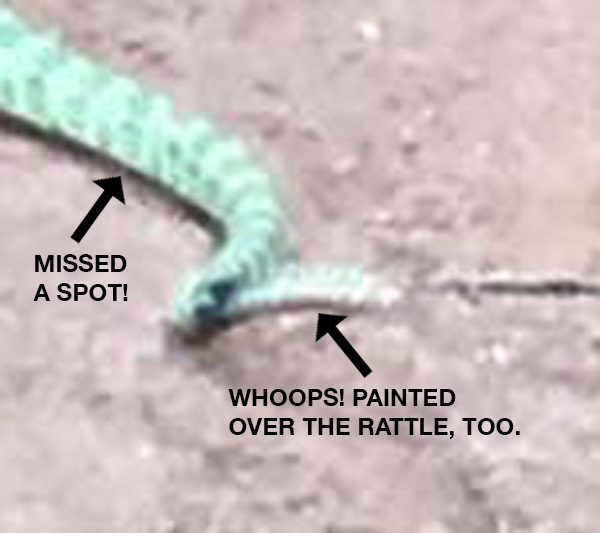 Other areas along the edge of the body were also missed. 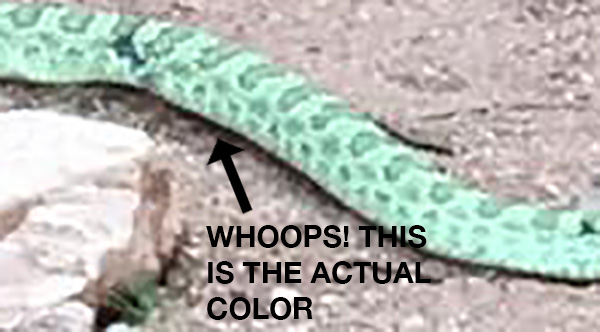 Based on that sample of color, here’s an approximation of the color of the snake … a much more reasonable color for a Prairie Rattlesnake. 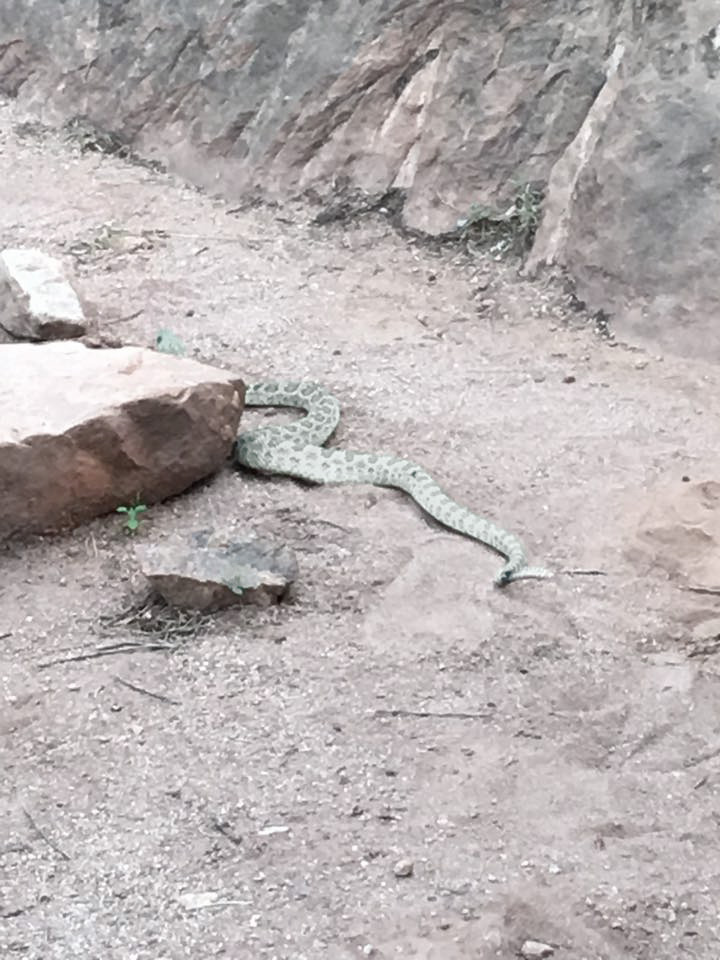 I have a bright pink Grizzly Bear available for sale. 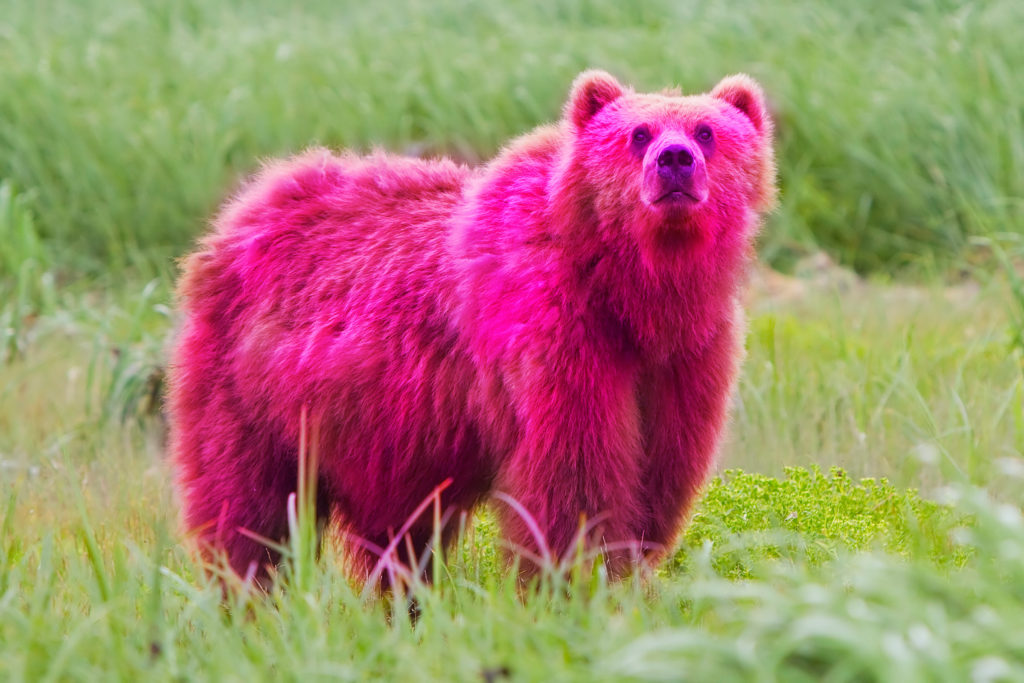