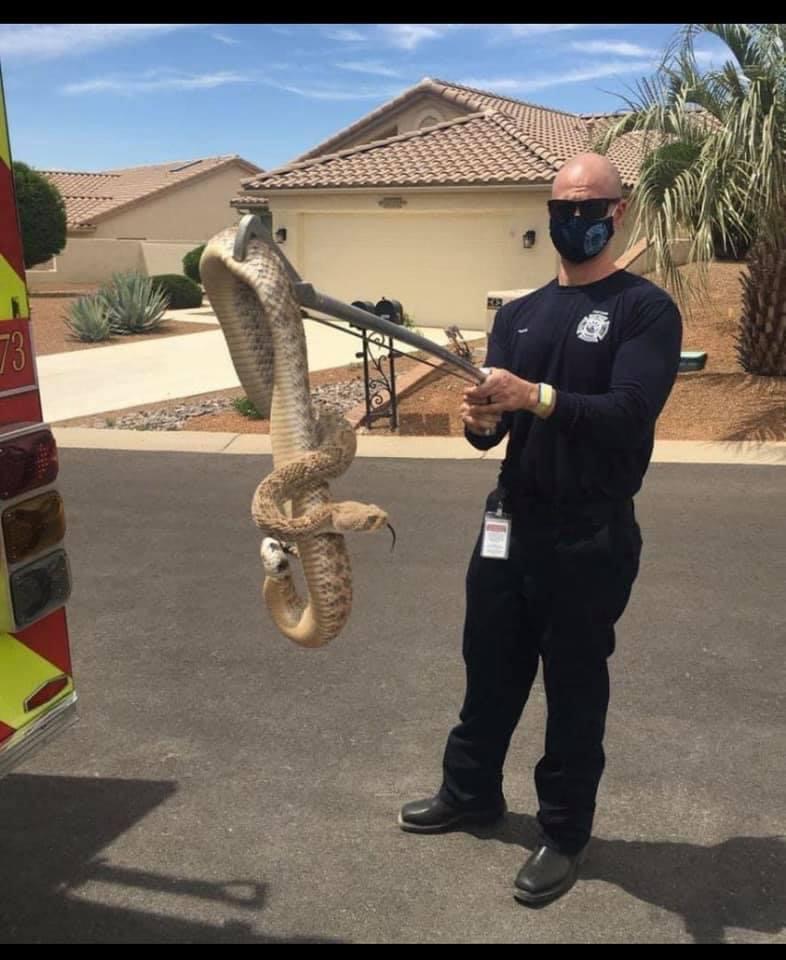 Is this photograph of a giant rattlesnake from Arizona real? That question has dominated my inbox for the last few days, so here’s the answer.

Yes, this photo is 100% real. There is no photoshop involved whatsoever.

However, the snake is not nearly as large as it’s made out to be. It appears to be a standard-sized adult Western Diamondback Rattlesnake for Arizona at around 3′ long.

This is yet another example of an illusion called forced perspective. In real life, your stereoscopic vision (two eyes) gives you depth perception, so you can clearly see that things that are closer to you aren’t actually larger. However, a camera just has one eye – the lens – so it isn’t always as apparent.

But why isn’t it obvious? It’s a no-brainer that closer things look larger on camera. It’s likely the subject matter. If someone held up an every day thing, like a water bottle, you’d not immediately share the photo with your Facebook friends about someone drinking from a 6′ tall bottle. The fact that the subject is a rattlesnake seems to short circuit that part of the brain, and you’re left staring at what seems to your eyes a very, very large rattlesnake.

Exactly why this same photo keeps popping up, though, reported from different cities, states, and even claims to be the photographer, are more interesting. For whatever reason, these photos are useful vehicles to get attention, and many people on social media eat it up. The first two locations I’ve seen were Peoria, AZ and Oro Valley, AZ … so the real location is probably one of those.

So it’s a rattlesnake alright, there’s nothing at all extraordinary about this situation.