Each year, rattlesnakes emerge from Winter dens and start making an appearance. While the weather each day or week does influence what the snakes do when they are ready to come out, it doesn’t have as much of an impact as most people think.

Take this year, for example. We got hot, early. February saw temperatures in the low 80’s for days, and the calls of “rattlesnakes are coming out early!” were all over Facebook. A few people saw them while hiking or sitting outside a garage, and that seems enough to make the declaration.

Were they really coming out early, though? Not at all. Along with those 80F highs were overnight lows in the high 30’s … that’s a temperature swing of almost 50 degrees in a matter of hours. For snakes, this means that at around 11am, when they would otherwise be sitting out on a reasonable February day, they face a situation where the rocks are lethally hot on top, and too cold to move underneath. To associate rattlesnake behavior with warm temperatures simply because they are cold-blooded is an extreme oversimplification of their behavior, and “warm weather = snakes!” is just not true. 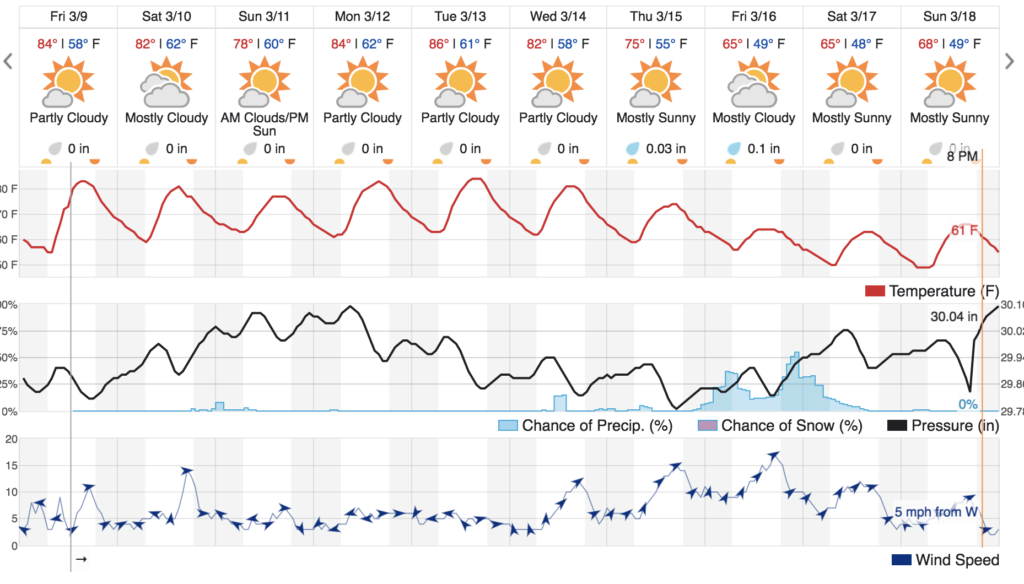 What does happen, and certainly did this February: warm weather brings out more people. More hikers on the trails means more chances for an encounter.

The Western Diamondback Rattlesnake dens that I monitor each year to see how activity is progressing tell the tale. This year, rattlesnakes came out right on time in January, but spent less time overall active on the surface throughout February. Even now, their social activity at the dens seems sluggish and limited to only a short amount of time, compared to this time in previous years. Our rattlesnake removal hotline is deader than dead as rattlesnakes are just not liking something with this weather.

But … the weather this week looks like everything is about to change. Instead of focusing on how hot each day will get, I look at how cold it gets at night, and how much it changes … and how quickly. It looks like we’re about to start hitting temperatures in the 60’s each night, and do so consistently for several days. That is the signal I look for, and I would bet that after the little bit of moisture coming in later in the week, rattlesnakes are going to be making an appearance on social media pages all over the place. About time!