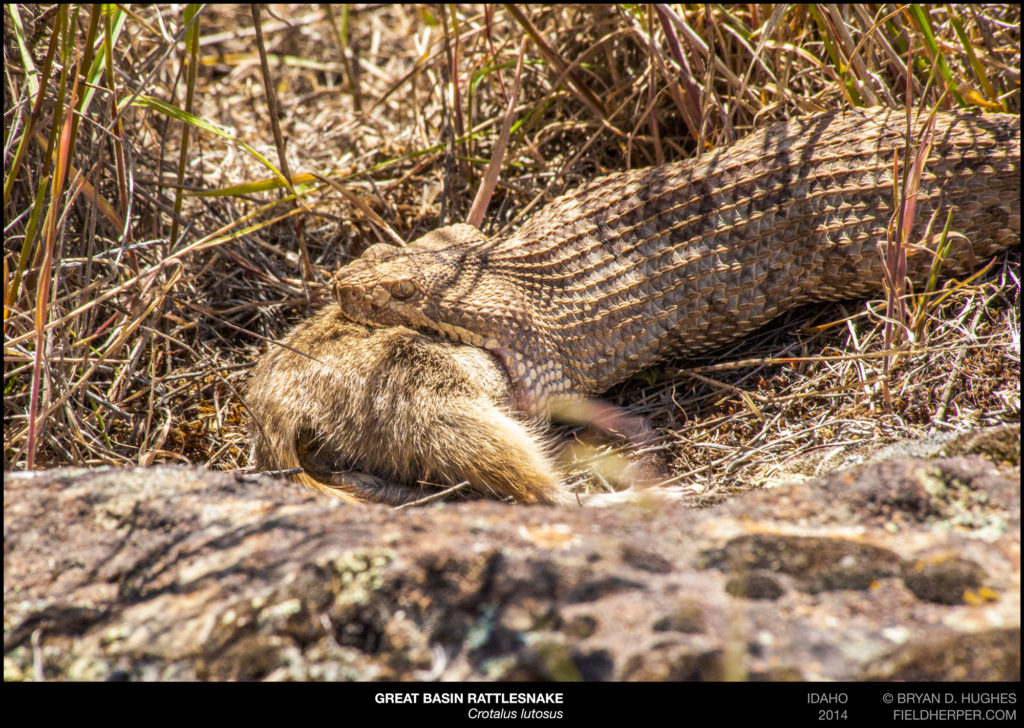 Here’s a great basin rattlesnake I filmed a couple of years ago, eating a Piute Ground Squirrel. The coolest part is, I saw her there the next year in exactly the same place, doing the same thing. What a great place to hunt, for both of us!

Great Basin Rattlesnakes are found in Arizona, but only in the very Northern part of the state, in a region known as the Arizona Strip. In most of their range, they’re the only species of rattlesnake around, and there can be many of them. The den where this video was filmed, for instance, has at least 187 individual rattlesnakes that I have counted so far!

Rattlesnakes closer to the Phoenix area eat in a very similar way, but their prey is different. In the low desert, rattlesnakes eat for another reason, too, and that is water. During the hottest time of the year, water is very scarce, and rattlesnakes must eat rodents who can produce water from the food they eat in order to get a drink.

These snakes in Idaho have it made. This species of rodent is very common in the area, and most of the snakes there have no problem finding prey to eat. As a matter of fact, a way to find dens is to look for dead rodents that have been envenomated by the rattlesnakes, but then are never found by them.