No. Use your pool noodles to noodle as much as you can noodle. Though some recent news may make it seem as if rattlesnakes and pool noodles have something to do with one another, it’s really a another mix of slow-news-day meets non-issue.

Here’s a link to the video of Bryan Hughes from Rattlesnake Solutions talking about the issue on the local news.

Here’s another report that was on ABC15, where Greyson Getty from Rattlesnake Solutions talks about what’s really happening and how to avoid it. 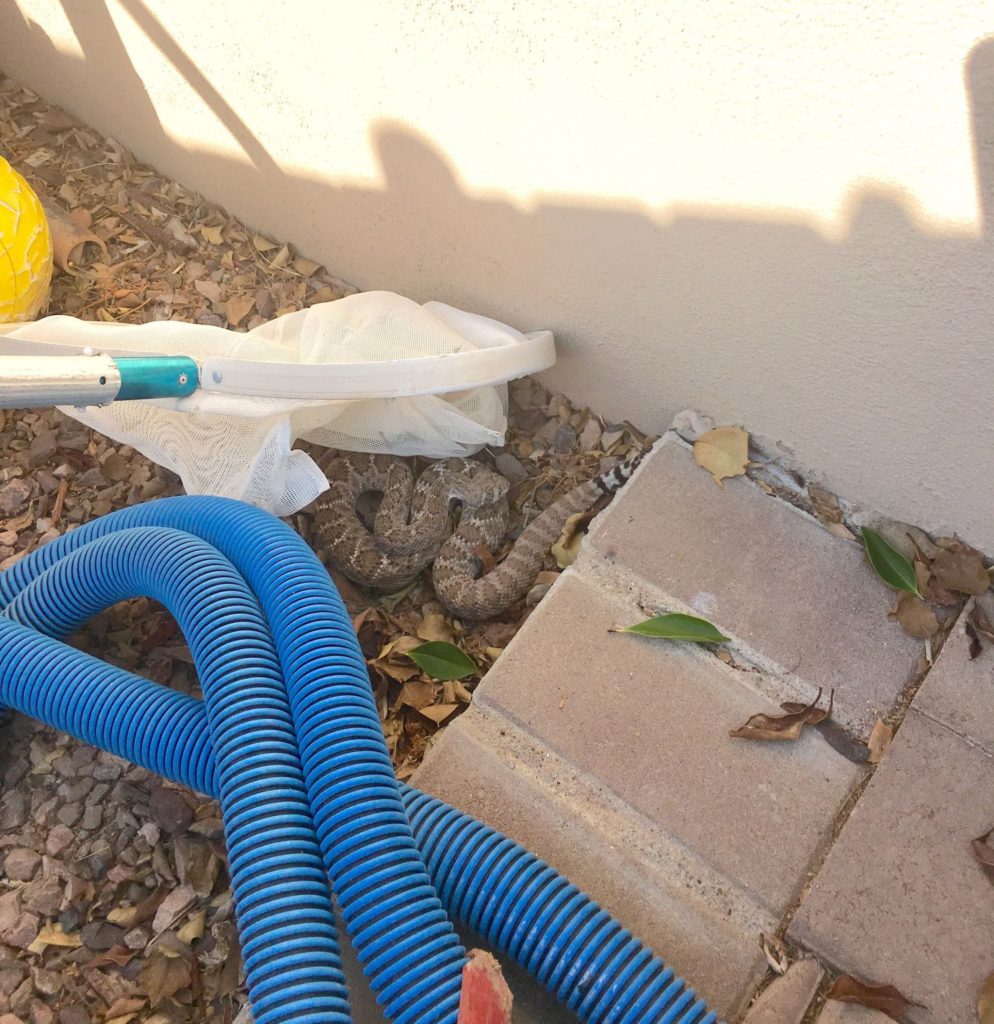 Rattlesnakes are often found in areas where people keep their pool equipment. It’s hot out there, getting up to 111F this week! Contrary to popular belief, rattlesnakes really don’t like excessive heat. In fact, too much will kill them. A body temperature of about 105F is potentially deadly to a rattlesnake, so during this hot and dry portion of the summer, they need to find a cool, dark place to wait until better conditions come back with the rain.  The places where people store pool equipment are often perfect for this kind of behavior, called estivation … which is kind of like hibernation, but for the heat, rather than Winter conditions.

Pool toys stacked in the corner, or in this case, against a block wall, can create a shaded, damp area that is much cooler than the surrounding exposed yard. This can be very attractive to rattlesnakes trying to escape the summer heat, especially when the pool toys are routinely stored in the same spot, and not often used. While a snake being actually inside of a pool noodle isn’t most likely a very common scenario, rattlesnakes using pool toys and being found under them is very common and one of our go-to spots whenever we do a property inspection, looking for the kinds of places that rattlesnakes are found in the yard.

What you can do to avoid rattlesnakes showing up near your noodles:

Mostly, though, take the story with a grain of salt, and don’t let it stop you from enjoying the pool. There are some aspects of the story that seem a little bit fishy, like a “very large” rattlesnake being in a space only a little larger than an inch in diameter, and the report of other snakes being in there, too. If it were mid-July, I can see how a rattlesnake could possibly be giving birth to other rattlesnakes in something like a pool noodle, but this early in the year, it’s very unlikely. I have personally found a mother Western Diamondback Rattlesnake with her newborn babies in pool toys several times, but if you do as the items above suggest, it shouldn’t be something to worry about at your house. Store this one in your mental list of things to worry about somewhere between “wiggly wheel on a shopping cart” and “I asked for no mayo and this has mayo on it”.