Right now we’re all happily being soaked by the remnants of Hurricane Rosa. Washes are filling up, and desert life is getting a much-needed last, big drink before we go into another relatively-dry Arizona Winter. But this is a lot of rain, and rattlesnakes don’t have the weatherman to help make wet weather plans for the week. This can cause rattlesnakes to show up in some unexpected places during the next week or so.

Most rattlesnakes in the low desert have been busy doing their fall activities – eating, mating, and generally moving around a lot to get everything done before it’s time to laze-away cooler months. They often use washes and drainages, take cover under large rocks, rodent burrows, and similar situations. Unfortunately for them, when a rare event like regional flooding suddenly happens, this can cause rattlesnakes to be flooded out of their temporary hideouts. Rattlesnakes are often displaced by a major storm event in this way, and may end up moving erratically as they search for place to get out of the elements.

Don’t panic, just be strict with snake safety and be aware.

For homeowners, that means that your garage, covered patio, wood pile, or even car can become temporary shelter. If you live near a wash or drainage, especially, rattlesnakes will have to come to higher and dryer ground, so any available cover may be used. Even places that aren’t especially great rattlesnake refuges can become a port in the storm. Temporary or often-moved items like trash cans and parked cars, even boxes by the door, can become temporary shelter.

For hikers, it means that you may see rattlesnakes crawling in times and conditions that you don’t expect. If you avoid hiking at certain times of day hoping to not see a rattlesnake, the “rules” may be shaken up for awhile. In any case, rattlesnakes that you encounter still won’t chase, jump, or attack, or any of the silly stuff people believe. Follow hiking rattlesnake safety recommendations and be aware of your surroundings.

How to keep safe from rattlesnakes after a big storm:

Do not be overly alarmed, but do exercise extra caution during the next several days while rattlesnakes adjust to having their house flooded. As always in rattlesnake-activity areas, be aware of your surroundings and follow general rattlesnake safety protocol. 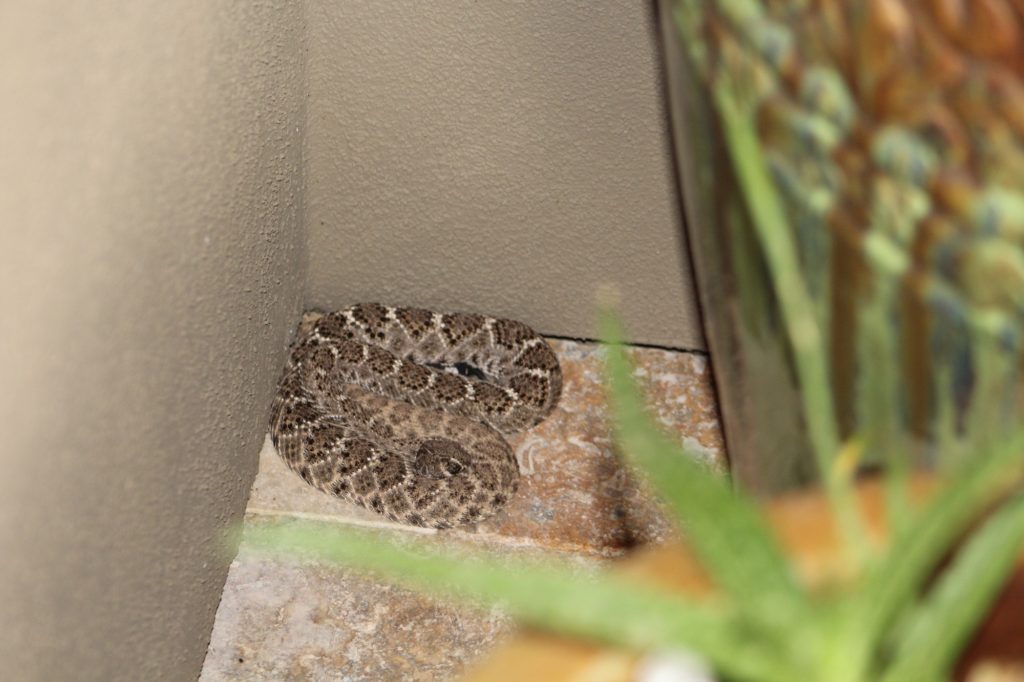