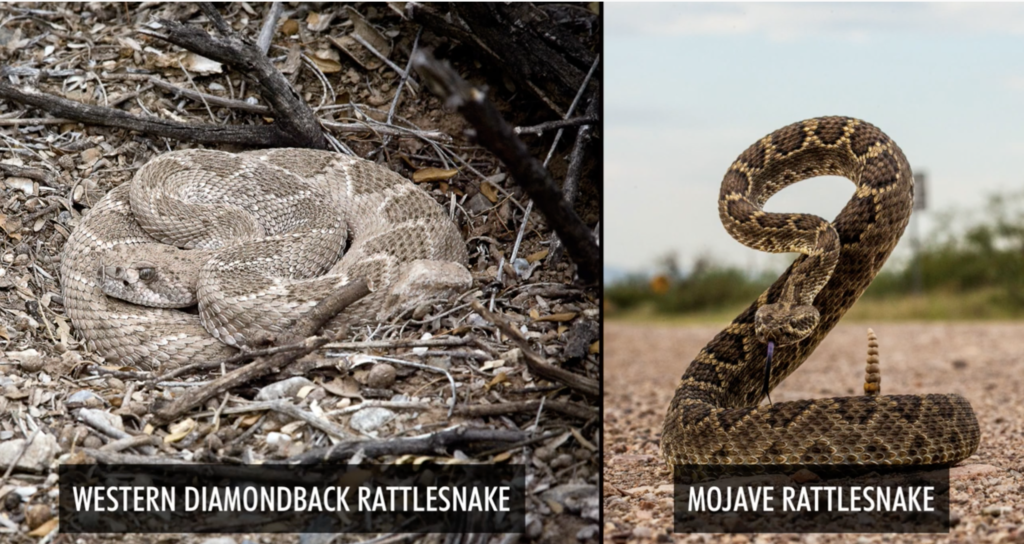 Sometimes, but it’s not an absolute, and should not be used as a single method for identification of either species.

The general rule is that Western Diamondback Rattlesnakes have a banding on the tail in a roughly 1:1 ratio of white to black, while Mojave Rattlesnakes tend to have tail banding at 2:1 white to black. However, it can be much more complex than that.

Here is a video that explains all of this:

In general, when identifying a rattlesnake, it is not advised to focus on any single feature. Instead, more accurate identifications can be made by looking at the gestalt, or overall appearance and culmination of attributes of the animal. The tail banding is one feature that can be a clue to help someone unfamiliar with both species differentiate between them, but is not enough to make an absolute identification.

The same can be said for almost any feature, including the 2-scales between the eyes method. As an example, this Mojave Rattlesnake has 3 of these scales. In a quick post to our snake identification page on Facebook, this lead many people to incorrectly identify this snake as a Western Diamondback Rattlesnake, when the overall appearance is clearly that of a Mojave Rattlesnake.